Simple Frames made with Love

The oldest girl picked out a couple of prints for her room as presents.

We had previously made a walnut/cherry frame for a drawing she made so it was an easy jump to make a couple of frames for these new prints.

She wanted the frames all white ( after changing her mind from white to black ) and fairly small.

After researching different woods and styles we decided to go the simple route and just use MDF.

After practicing a couple of times with the new Festool Domino it was frame making time. 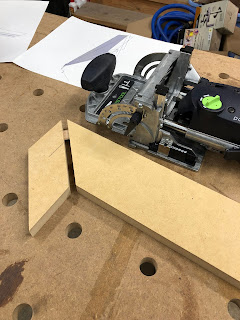 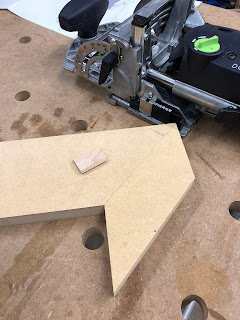 We did a quick and simple Sketchup drawing of the frame just to have a reference for the measurements and drawings to work from.  We printed out shots of both pieces and kept them in the shop while we were making the frame to use as a reference. 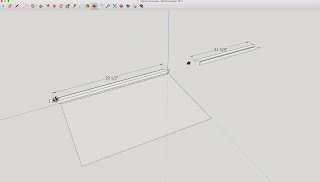 Going by the measurements, we cut the four pieces to their longest length and then used a straight bit in the router table to cut a small recess in the bottom of each piece of the frame to hold the plexiglass, print, and backer.

After verifying the miter saw was cutting 45 degrees, both the long sides were cut at the same time and then did the same for both the short sides.

After putting a domino in each corner, it was amazing to see how well it dry fit together and held. A little glue in each hole for the domino and on the edges was used.  Because of the dominos clamping the frame together was much faster and easier while ending up more square in the end. 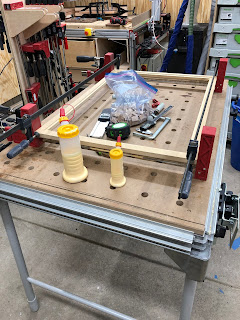 We picked up some plexiglass from the big orange store but cutting it was a challenge at first.  I scored it over and over and then tried to break it along the lines.  It worked, but ended up having to break small piece after small piece off and didn't give a nice smooth edge like we wanted.

We gave up, pulled out the trusty track saw, and slow and smooth won the race. 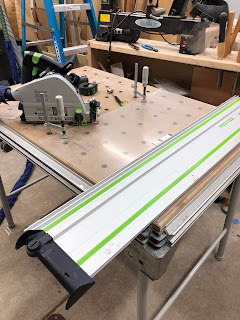 Both frames were primed with Zinsser from a spray can we got from the big orange store.  Unfortunately using the spray can turned out to get more primer on the surrounding stuff than the frame.  It took a couple of coats and ended up using the whole can.

Once the primer was dry, sanded, and done again, the frames were sprayed with General Finishes Milk Paint in the Snow White color.  We used the new Fuji Sprayer and thinned the paint with 10% to 15% and the stock needle size.  The Fuji is amazing and made a beautiful coat once I got back in the swing of it.  Keeping a wet coat worked the best.

Because the recess wasn't deep enough to hold the plexiglass and backing we used a couple of screws and mounted the backing on the outside of the back of the frame. 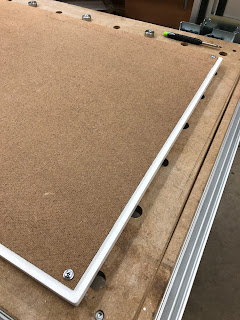 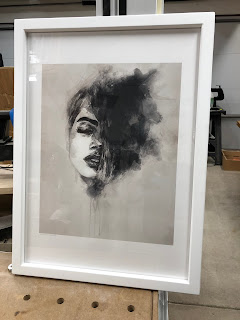 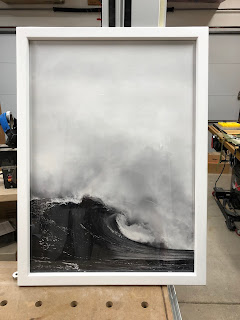 And in her room, hung, and enjoyed. 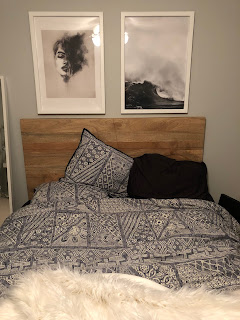 Posted by Dirtdiver at 6:01 PM